Another weekend I spent trying (and failing) not to sleep. Also coding things. Surprisingly this was my 8th hackathon (I'm including GameJams in that count). As usual I didn't know most of the stack I worked with (what is a Bower?) but I enjoyed myself as I got to do new things. 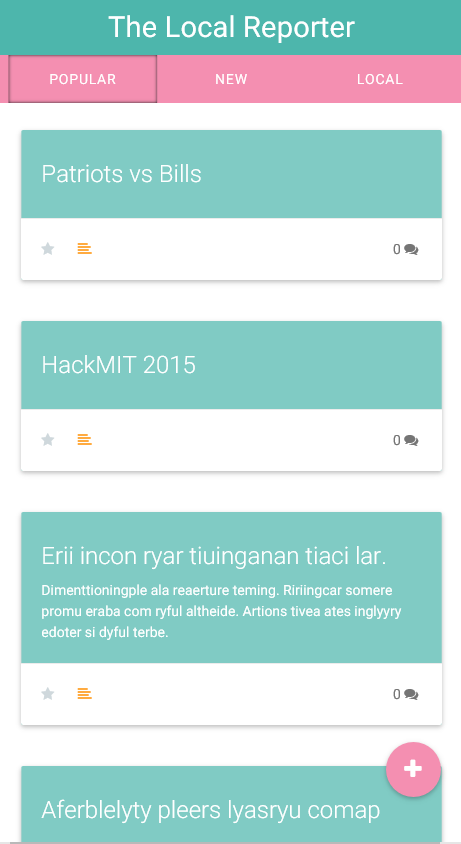 This time around our project was called Local Reporter. The Local Reporter is a locally crowd-sourced, collaborative news platform. Users can add or view topics from the main page. Inside a topic users can add content in the form of a text post, image link, Twitter or Instagram embed (technically it supported a whole bunch of embed types). 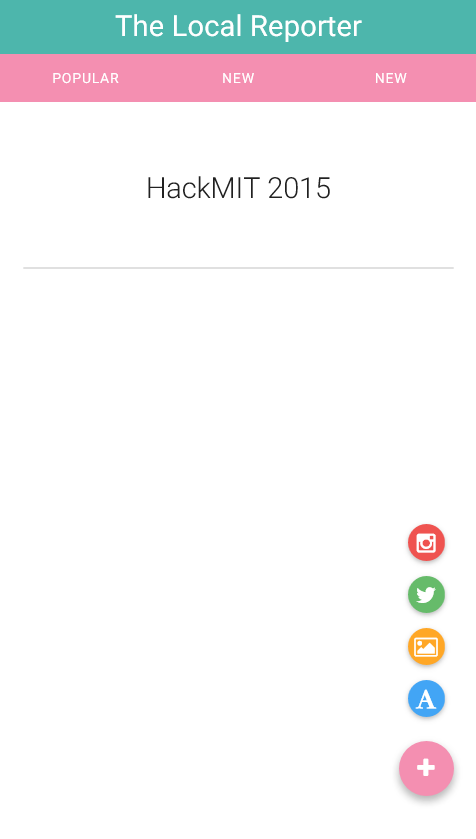 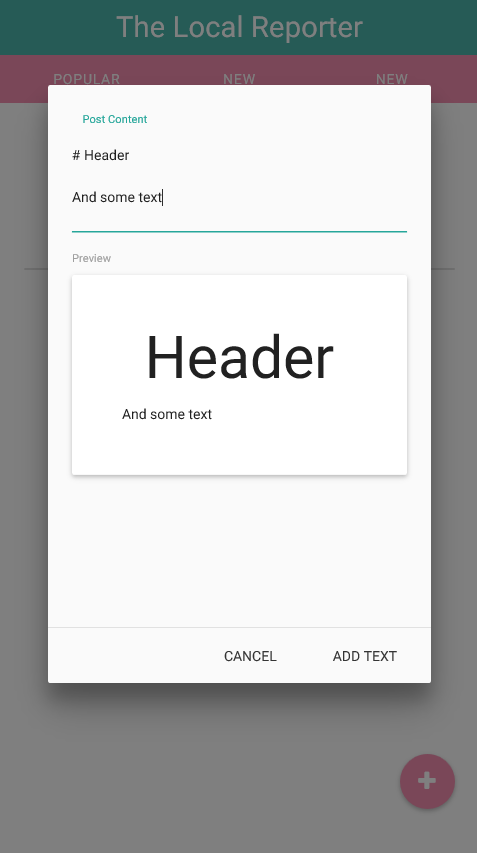 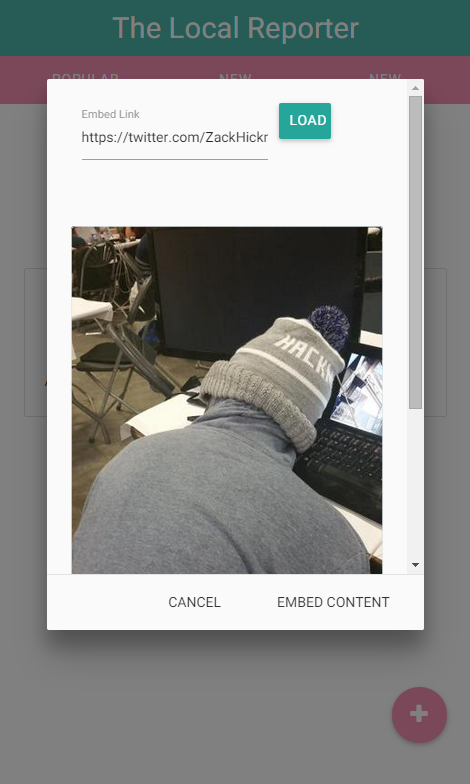 One thing we wanted to add was voting/reorganizing of content cards. One idea was that users would view content cards one card at a time and then would vote on how important/relevant that card was to the topic. This would help create better organized topics by letting users decide what is more important to the topic. Another feature was location based topics which would allow users to view topics near them on a map.

We originally started out with Polymer and Meteor but they were not playing nice together so we just stuck with Meteor and Materialize. Meteor is awesome in that it allows for real time updating applications. It's pretty magical. It can also create native Android and iOS applications. The problem was none of us had used Meteor before so it was slow going at the beginning. Once we got going however we made good progress.

Unlike most of my hackathons we didn't use Python but that didn't mean I got to use C# (I never get to use C#). JavaScript, HTML, and CSS were the tools this time around. I built a whole task visualizer using d3.js during my co-op but that doesn't mean I didn't have to spend 10 minutes Googling how to append a link tag to a DOM element. In d3.js it's super easy:
d3.select('#element').append('a').attr('href', 'http://google.com').whateverElseYouWant()

Anyway we made cool stuff, I ate tons of candy, I learned new things, and I got to sleep very very little. Honestly I should be sleeping right now. The next hackathon on my list is YHack (and I currently don't have a team so if you want to make stuff in languages/frameworks that I don't know and you want me to brush up on my Google skills hit me up) and hopefully after that will be HackBeanpot 2016. Looking forward to them and to hacking my life away.